On the banks of the north branch of the Chicago River, city officials gathered to cut the ribbon on a new underbridge bike and pedestrian path beneath Irving Park Road. The project represents the last piece of the "312 RiverRun" trail system stretching 1.5 miles from Montrose to Belmont Avenue. The centerpiece of the network is the 1,010-foot-long Riverview Bridge, which was completed in 2019.

The new underbridge pathway at Irving Park Road creates a car-free connection between Horner Park to the north to California and Clark Parks to the south. The $18.1 million project also replaced and widened the 100-year-old bridge structure, which carries an average of 34,500 vehicles a day, according to the city. 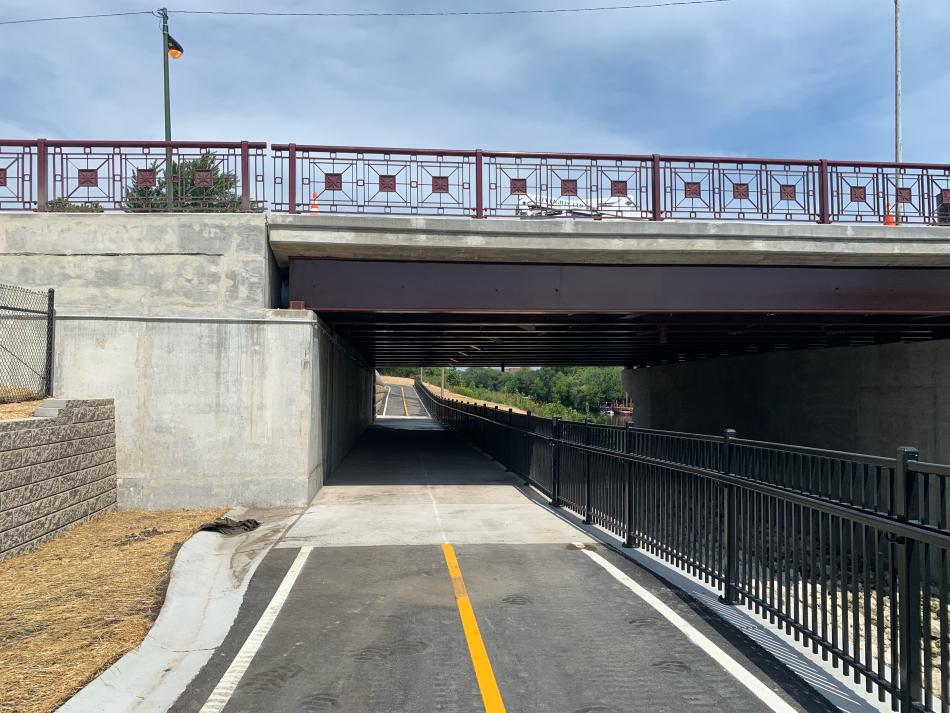 "[312 RiverRun] is a great example of the kind of infrastructure projects our communities need, as they improve our parks and transportation systems to make it easier for our residents to exercise and enjoy the outdoors," said Mayor Lori Lightfoot in a statement Friday.

The 312 RiverRun trail system serves several North Side neighborhoods, including Irving Park, North Center, Avondale, and Albany Park. Construction on the project kicked off in fall 2017, during the administration of then-mayor Rahm Emanuel. 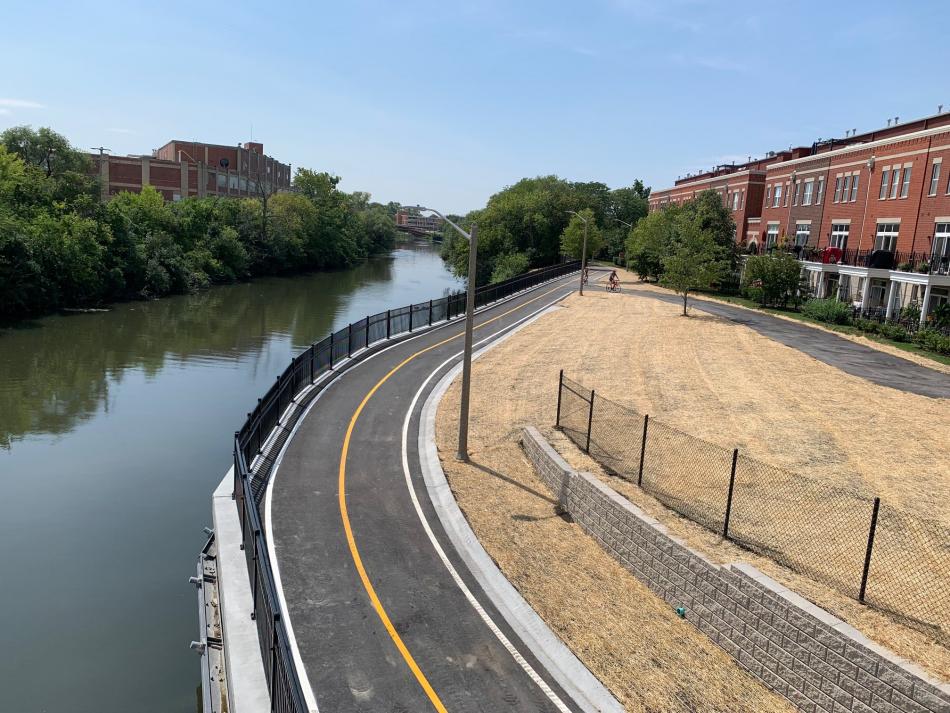