After breaking ground across from Skinner Park last summer, the seven-story condominium development at the northwest corner of Monroe and Loomis is making progress. Known by its address of 1400 Monroe, the building is on track to open in late summer or early fall.

Developed by New York's JK Equities, the West Loop project replaces the Monroe Pavilion Nursing and Treatment Center, which the developer purchased back in 2018. The new building was designed by Chicago architecture firm Booth Hansen and offers  two, three- and four-bedroom layouts. The property includes parking for 42 cars and 22 bicycles and will not feature any commercial space.

The plan for 14000 Monroe originally called for 42 condos, but some of the units have been combined so the new count is now 38 residences. According to the development team, sales have been encouraging and more than 60 percent of the homes are sold. The building's last remaining four-bedroom penthouse unit is listed for $2.495 million and is currently under contract. 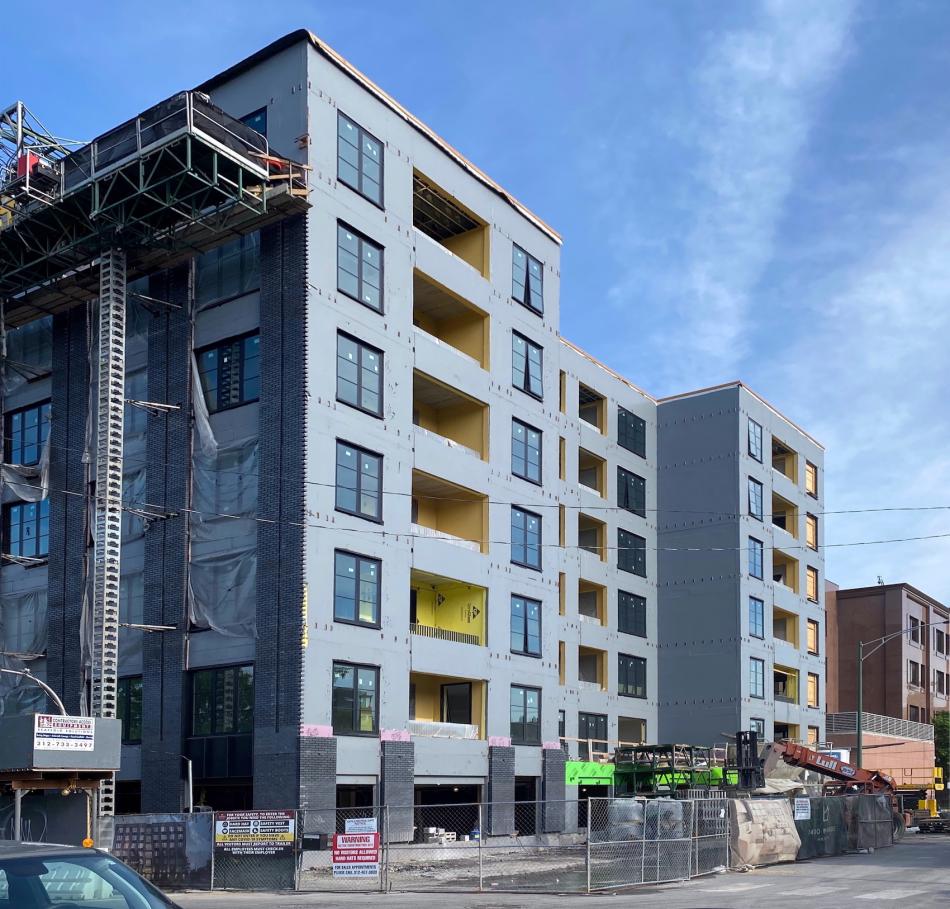 Recent construction photos from Summit Design + Build show work progressing on the gray brick facade and installation of the building's loft-style windows is underway. Head over to BuildingUpChicago for more photos of the action.

Although rental apartments have been the housing type of choice for most West Loop developers, there are a handful of other for-sale projects in the works. Condo developments in the area include Madison + Carpenter,  Peoria Green, CA6, and 37 S. Sangamon.

JK Equities is also one of the developers involved in an 800-foot Helmut Jahn-designed skyscraper slated for 1000 S. Michigan Avenue in the South Loop. Dubbed 1000M, the project broke ground in late 2019 but is currently on hold as its developers seek a zoning amendment to switch from condominiums to rental apartments.