A plan to convert a former commercial building into a mixed-use project is advancing after demo permits were issued for the one-story building set to be replaced by a new addition. Located at 4640 N. Western Ave, the existing structure rises directly south of the CTA Brown Line tracks and the Western CTA L station. The existing building is a four-story concrete and brick commercial and storage building. The to-be demolished one-story structure used to hold a cleaners.

A venture by Glascott & Associates, the development will rehab the existing four-story building and construct a five-story addition in place of the one-story building that will be demolished. Expected to rise 67 feet, the project will produce 23 dwelling units, including one ground-floor live/work unit, as well as 3,500 square feet of ground floor retail space. 5 car parking spaces and 22 bike parking spaces will be included for tenants’ use. 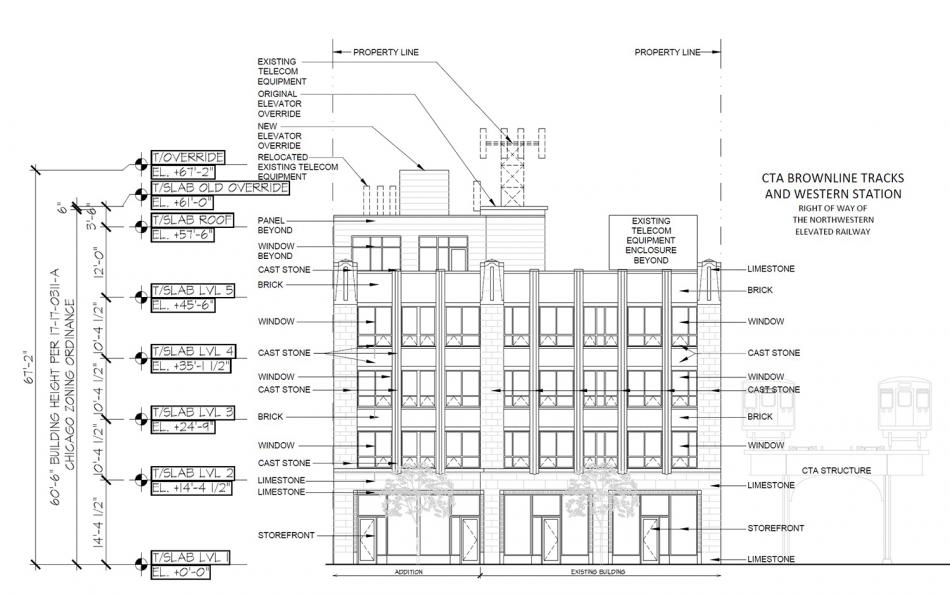 With a design by Hirsch MPG, the addition will match the existing structure, creating a cohesive project. Out of the upper 22 apartments, four will be studios, eight will be one-beds, seven will be two-beds, and the final three will boast three-bedrooms. The rooftop of the addition will include private terraces and green roofs for those top-floor units. As part of the project, two apartments will be set aside as affordable. 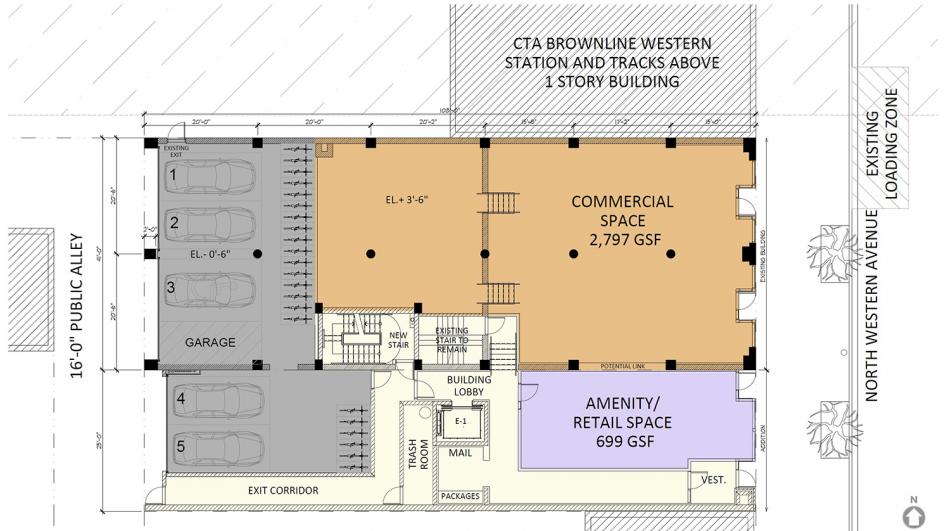 The development went through a rezoning process in March 2021 to convert the property from B3-2 to B3-3. Zoning variances were tacked on in August 2021 to reduce the rear setback, remove the required loading berth, and allow the live/work unit on the ground floor.

With the demolition permit issued, work can begin on-site. Permits for the overall adaptive reuse and expansion have been filed and await issuance. An official timeline for completion has not been made public.