A full building permit has been issued for the new addition at Wrigley Field. Addressed at 1012 W. Addison St, the new structure will rise at the site of the former Captain Morgan Club, along the southeastern side of the ballpark. The plan is a result of the collaboration between the Chicago Cubs and Marquee Development. 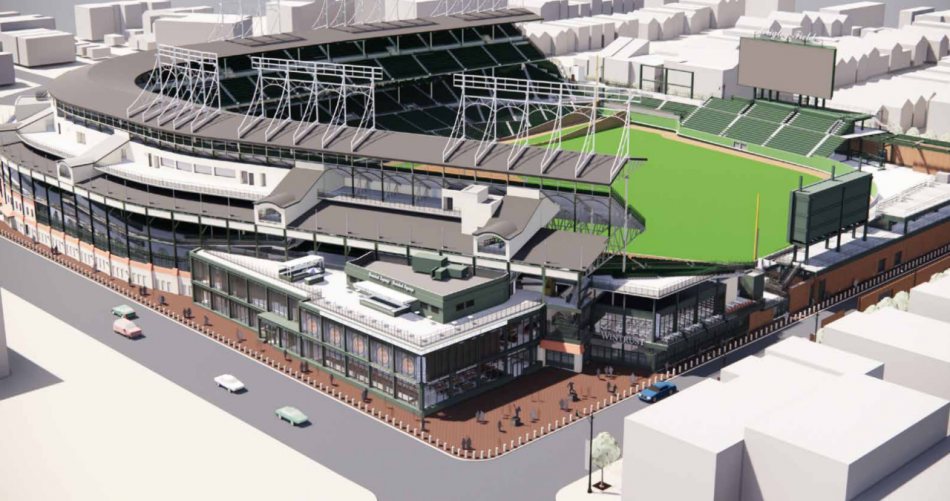 With a design from Gensler, the new addition will stand three floors measuring 22,350 square feet. The building is expected to hold the long-planned on-sie DraftKings sportsbook as well as food and beverage offerings. The Cubs first revealed plans to redevelop the corner site as part of the team's 2013 master plan. The addition doesn't require rezoning since it was already approved under Wrigley's existing Planned Development (PD).

The updated design was approved by the Commission on Chicago Landmarks' Permit Review Committee in August 2021. Since then, the City Council passed the ordinance to allow sports betting in December of 2021. 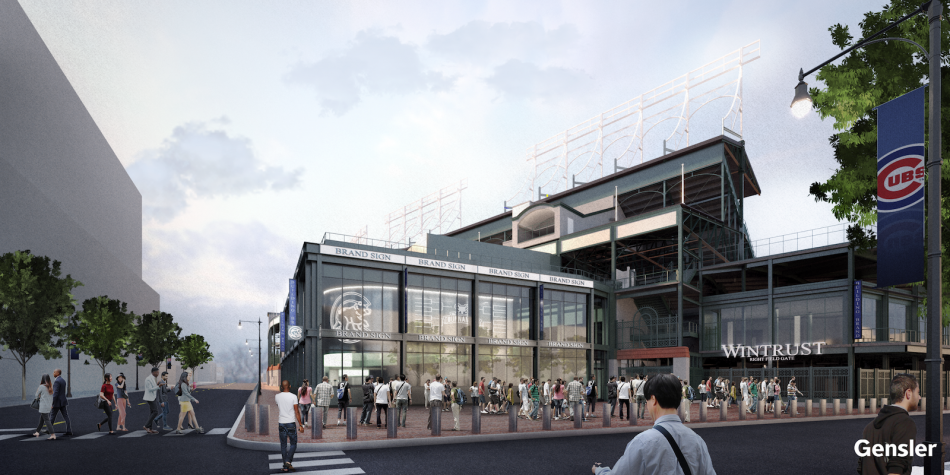 With foundation and structural work underway, the full building permit will allow general contractor Pepper Construction to continue the project through completion.  At the time of landmark approval, a report from Crains stated that the project is slated for a roughly one-year timeline, with the goal of completion by the end of 2022.