The City Council has approved city funding for Encuentro Square, an all-affordable residential development at 1805 N. Hamlin Ave. Located just west of the 606 trail terminus, the site is the former Magid Glove factory. The project is being developed by Latin United Community Housing Association (LUCHA) and Evergreen Real Estate Group. 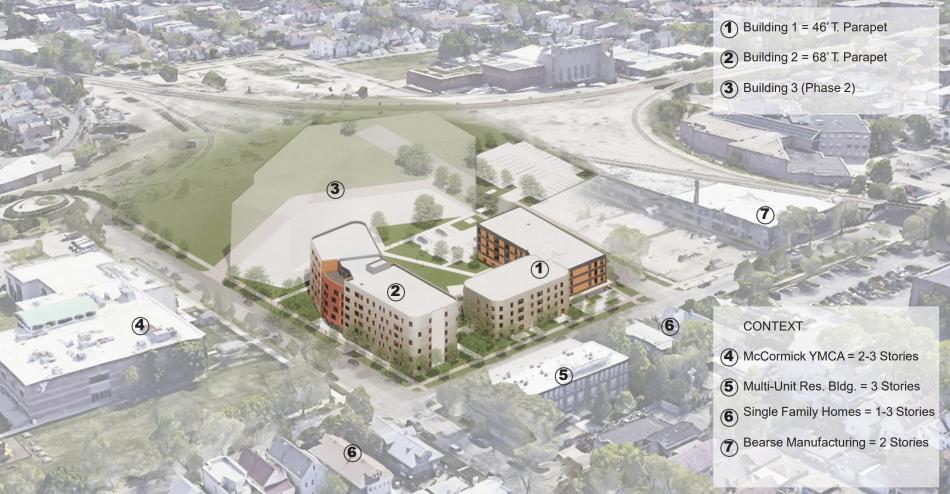 Split into two phases, the Encuentro Square redevelopment will deliver a total of 187 mixed-income rental units across three buildings. With a design by Canopy Architecture & Design, the first phase will see the buildout of the first two buildings. Rising six stories, the eastern building will offer 57 apartments, divided into 13 one-beds, 35 two-beds, and nine three-beds. The western building, rising four floors, will hold 32 units made up of six one-beds, 12 two-beds, and 14 three-beds. All units will be affordable up to 60% AMI.

Rising 69 feet and 50 feet tall respectively, the buildings will host a set of residential amenities and community spaces. Spaces will include a community room, teaching kitchen, computer room, office suite, bike room, lounge, children’s room, and exterior terrace. 56 parking spaces will be included in the first phase. The massing and facade of each building is designed to complement each other with similar shaping, fenestration, and facade materials. 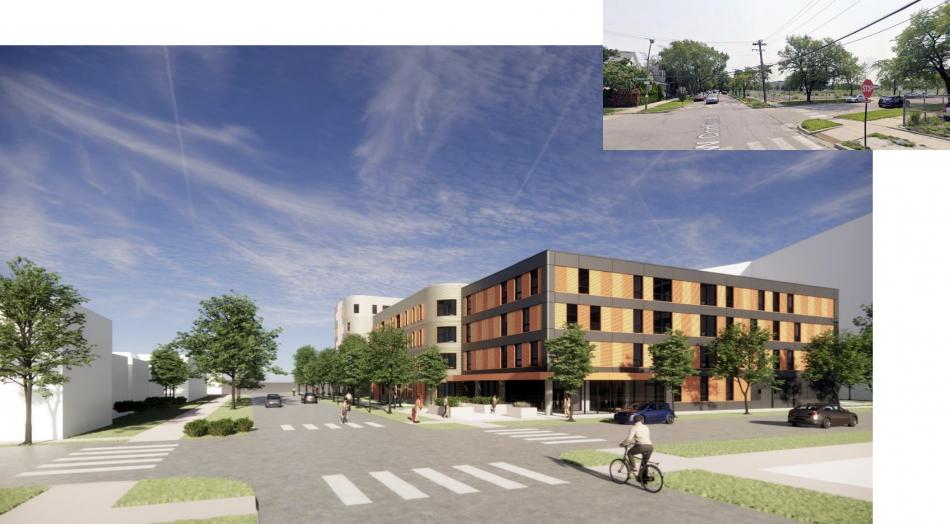 The buildings are being developed with financial assistance from the City of Chicago via the Chicago Department of Housing. As part of this approval, the City Council has approved the issuance of multi-family housing revenue bonds totaling $19.5 million for the project. While developers are also expecting TIF assistance, this specific approval does not include those expected TIF funds. The first phase is expected to cost approximately $49.3 million.

The southern end of the site will become a new public park to link to the terminus of the 606 trail. As of now the park space is under remediation along with the rest of the site. Once work is done, the Chicago Park District will engage in a community process to determine how the park should be developed. At that time they will seek funding sources to build out the park. 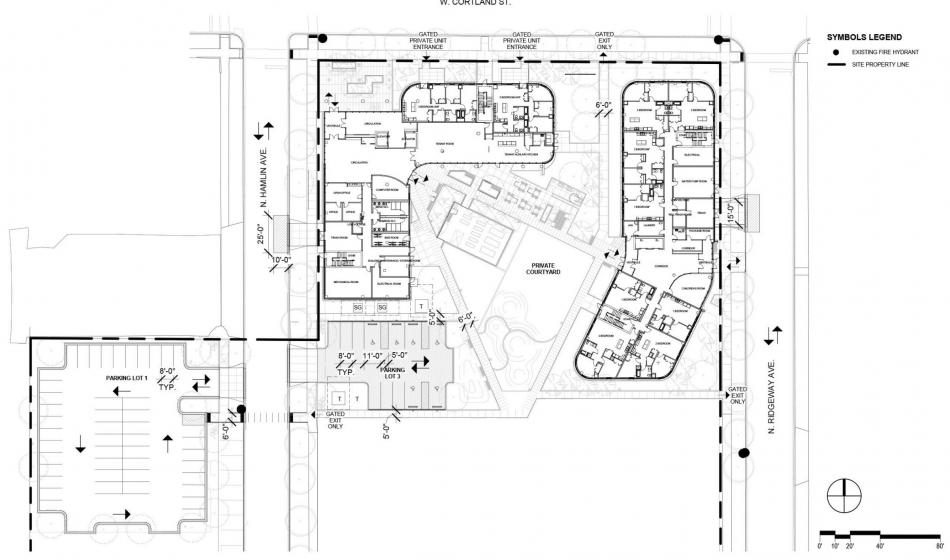 After approvals from the Chicago Plan Commission, Committee on Zoning, and City Council, the project site has been rezoned from M1-1 and M1-2 to RM-6 with a final Planned Development designation. With the current financing approval, the developers are just waiting on City Council approval of $9 million in TIF and the land sale that has already been cleared by the Community Development Commission. Closing and groundbreaking is expected for August 2022.