The Chicago Bears yesterday released a statement on their plans for a new stadium and mixed-use district at the Arlington Heights property which they signed an agreement for the purchase of back in September 2021. According to the statement released by the team, they remain under contract to purchase the site, but there are still conditions that need to be met before they would be able to close on the property. If they do close, it is not a guarantee that the team will develop it.

While the project is not officially moving forward, the project would be one of the largest development projects in Illinois state history, according to the release. With Hart Howerton on board for the master plan, the vision includes a multi-purpose entertainment district anchored by a new, best-in-class stadium that would be enclosed. The aspiration would be to have a caliber of facility that could host events such as the Super Bowl, College Football Playoffs and Final Four. 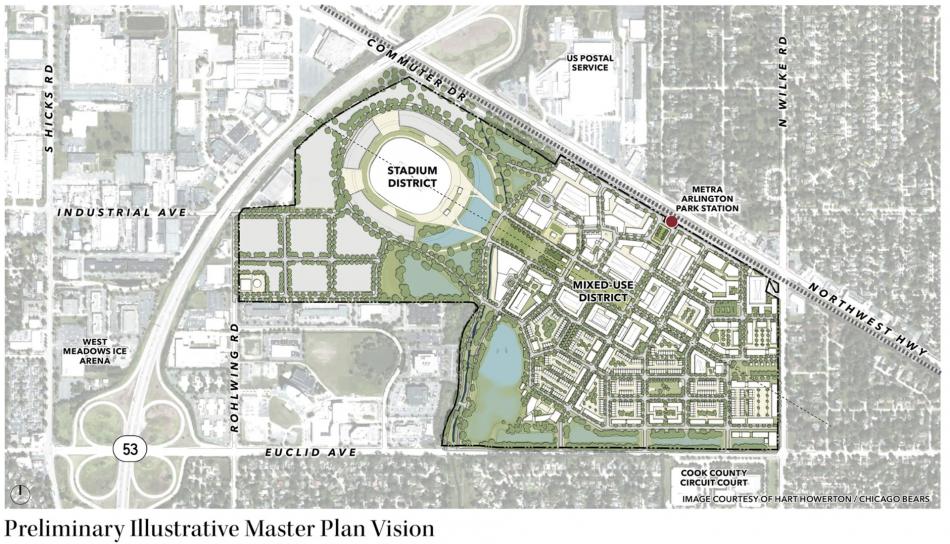 The team estimated that construction of the plan would create more than 48,000 jobs with a resulting $1.4 billion annual economic impact. Tax revenues are projected at $16 million in annual tax revenue in addition to property taxes for Arlington Heights, $9.8 million for Cook County, and $51.3 million for the State of Illinois. According to the statement, the team would privately finance the stadium construction, but are looking towards the various governmental bodies for supplemental public funding as they build out the rest of the master plan. 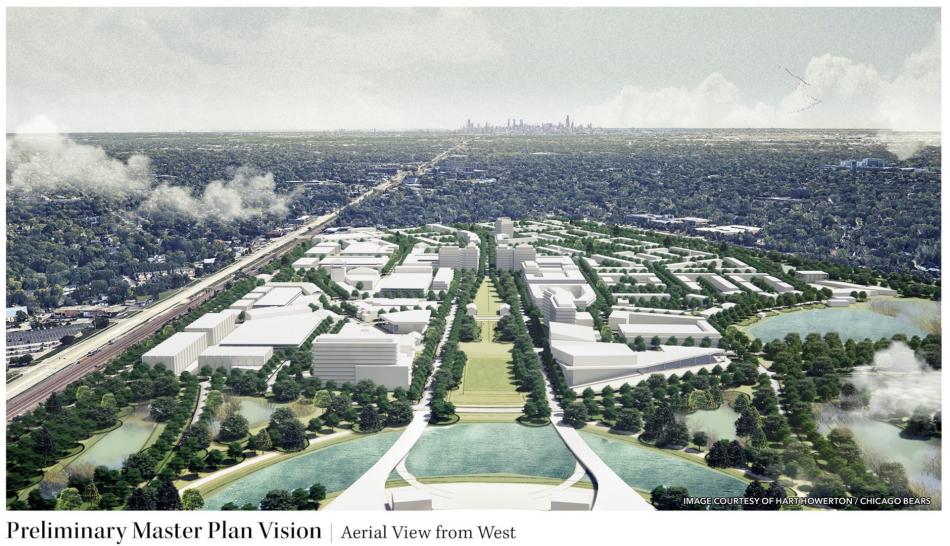 ‏‏‎While they cannot discuss or explore any other alternative stadium sites or opportunities while they are under contract, the team reportedly is committed to Soldier Field and will honor the terms of its lease. This means they cannot respond to Mayor Lori Lightfoot’s recent proposals for a dome over Soldier Field or other improvements. There is much more work to be done before the Bears may say goodbye to Soldier Field in favor of a suburban, mixed-use district with a new, enclosed stadium. Once they close on the property, then they will decide whether to develop on it and what that timeline may look like.

The team is hosting a community meeting this Thursday, September 8th for an informational discussion about the potential purchase and redevelopment. The meeting will take place 7-9 pm at John Hersey High School's gymnasium (1900 E Thomas St, Arlington Heights). School parking lots are scheduled to open at 5 pm and doors open at 5:30 pm. Guests will not be allowed on campus prior to 5 pm. Attendees will be admitted first come, first served until capacity is reached. 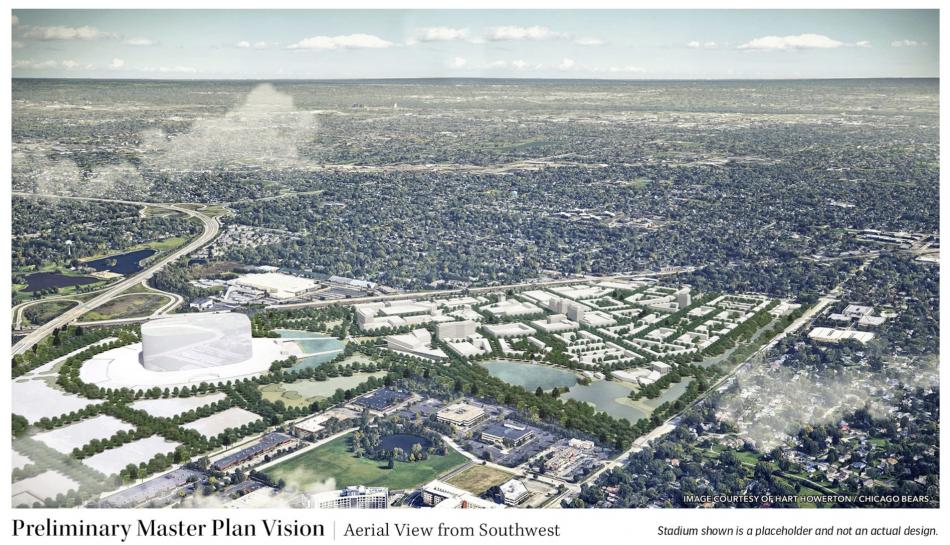